We are maintaining regular hours and performing surgeries once again.

At Orthopaedics New England, our fellowship-trained, board-certified orthopedic surgeons have subspecialty training in total hip replacement, total and partial knee replacement, arthroscopic hip and knee surgery, hip resurfacing, and joint revisions. They perform both traditional and state-of-the-art surgical techniques with outstanding results. As leaders in their field, our doctors have received recognition and honors, published articles and books, and trained peers.

In our office, each patient receives an unparalleled level of treatment and service. Our doctors and physician assistants will listen to and address your concerns. We want to ensure you understand your diagnosis and treatment options so you can make informed decisions about your care. 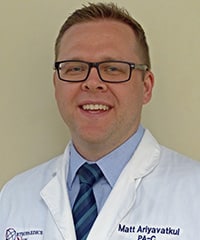 Matt earned his undergraduate degree in health sciences from Kalamazoo College in Michigan in 2005. While in school, he worked as a radiology assistant at Bronson Hospital. From 2005 to 2008, Matt worked as a patient care assistant and then as a surgical technologist and member of the lower extremity reconstruction team in the Department of Orthopaedic Surgery at the University of Michigan Hospital in Ann Arbor.

In 2010 Matt received a master of medical science in the physician assistant program at Yale University and joined the team at Orthopaedics New England shortly thereafter.

Matt is certified by the National Commission on Certification of Physician Assistants. 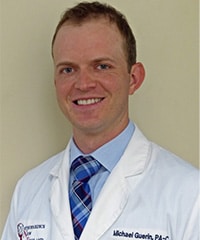 He enrolled in the physician assistant program at Quinnipiac University in Hamden, Connecticut, earning a master of health science in August 2014. Soon after graduating he joined the team at Orthopaedics New England. 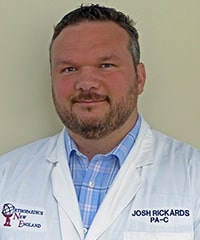 After earning his undergraduate degree from Bloomsburg​ ​University in​ ​Bloomsburg, Pennsylvania in 2003, Joshua earned a master of health science in physician assistant studies from Drexel​ ​University​​ in Philadelphia (2005).

For five years Joshua worked at St.​ ​Mary’s​ ​Hospital in Waterbury, Connecticut, first in the​ ​ER and then in the department of orthopaedics. From 2010 to 2013 he was a PA for a private orthopedic practice in Waterbury. He then worked in trauma surgery at Hartford Hospital for a year before joining Orthopaedics New England in 2014. 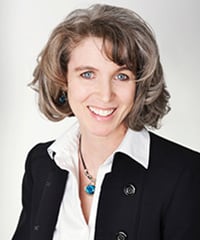 After completing the PA program, Erin worked at Saint Mary’s Hospital in Waterbury, Connecticut, for five years, both in orthopedics and the ER. From 2001 to 2010, she was a per diem emergency department PA for CT Emergency Specialists in Bristol. During this time she worked within the specialties of infectious disease, pediatrics, cardiology, and orthopedics.

Erin has been with Orthopaedics New England since 2008. She is certified by the National Commission on Certification of Physician Assistants, and she also earned a certification in plant-based nutrition from Cornell University in 2014. 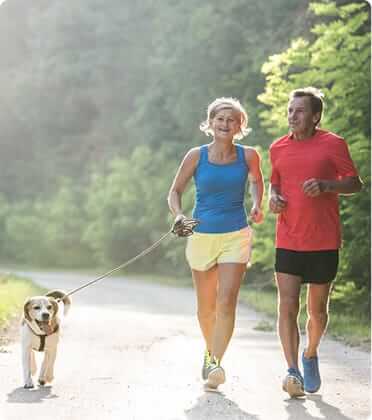 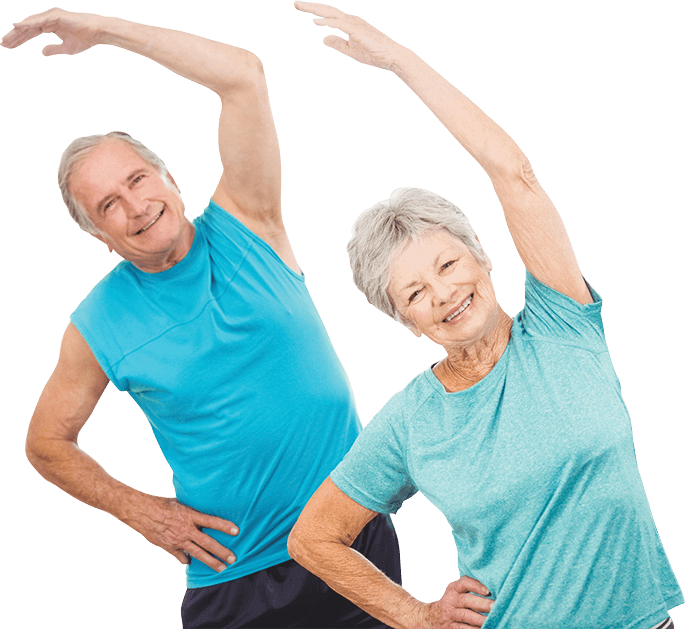 Our award-winning patient education library contains over 200 articles with images, videos, and tons of helpful information about orthopedic conditions and treatments.

We feel fortunate to have received reflections from our patients. We invite you to leave a review as well as read about the experiences others have had.

View our Blogs and Social Media

Preview this book and order online on Amazon.